A story from 2020, the phenomenon of the rise of early marriage in Malaysia 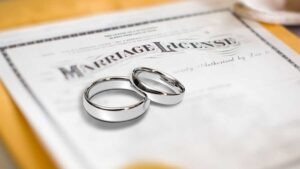 These figures show Sarawak has the highest number of child marriages in the neighboring country. Nonetheless, Sarawak is one of seven Malaysian states that have not complied with a 2018 federal directive to raise the minimum age of marriage to 18 for Muslims and non-Muslims alike.

Activists say change is happening slowly in Sarawak. The collapse of the Pakatan Harapan coalition government – ​​which had promised in its manifestations to ban child marriage – and its replacement by Perikatan Nasional has also raised concerns that the movement to ban child marriage may have been forgotten.

In particular, the appointment of Siti Zailah Mohd Yusoff as Deputy Minister of Women, Family and Community Development has raised concerns. In a 2017 debate, Yusoff – a lawmaker from the Malaysian Islamic Party (PAS) – said underage marriage should not be debated because it was “God’s direction”. His party currently rules in Kedah, Kelantan and Terengganu, three Malaysian states that, like Sarawak, have not implemented the 2018 directive.

One of the NGOs struggling to stop early marriage is the Sarawak Women for Women Society (SWWS). The challenge it faces is the uniqueness of society in Borneo or Kalimantan, which is home to more than 40 sub-ethnic groups, with the Ibans making up 30.3 percent of Sarawak’s population, the largest percentage before Malays.

Sarawak’s high child marriage rate is partly because indigenous peoples can marry according to their own “customs” rather than civil law.

SWWS President Margaret Bedus, who is also an Iban, said her tribe’s “old-fashioned” custom of marriage was a “stumbling block” that needed modernization.

“In 2018, I attended the Iban Symposium in Bintulu (and) raised the issue of child marriage and how important it is for our local ‘customs’ to be changed to provide protection to our children,” he explained.

Some did not support his suggestion – but eliminating child marriage was still one of the resolutions at the symposium.

This NGO deals with women’s rights issues such as domestic violence, and has strengthened its focus on the issue of child marriage since five years ago after increasing media coverage.

“We feel sad that children lose their childhood, are robbed of their opportunity to get an education, have to endure having children and are expected to play the role of adults. This is a real injustice to children,” said Bedus.

Child marriages in Sarawak occur mostly among Muslims and indigenous peoples, and the state of Borneo has three legal systems of marriage – civil, sharia, and adat or adat.

According to the Federal Constitution, civil courts have no jurisdiction over matters under sharia law, creating another difficulty.

While Malaysia’s civil law stipulates a minimum age of 18 for marriage, the state’s chief minister can grant permission to girls between the ages of 16 and 18 to marry.

Muslims are governed by sharia law, which stipulates a minimum age of 18 for boys and 16 for girls. But exceptions can be granted with the approval of a sharia court, and no minimum age is set.

Sarawak State Minister for Welfare, Public Health, Women, Family and Child Empowerment, Fatimah Abdullah said indigenous peoples are governed by customary law which currently does not have a fixed minimum age – but customary law committees from various ethnic groups are in the process of enacting one law.

“It will take time to change customary law, for people to get better education, only then can we fully enforce the age limit for marriage,” Berma said.

Sharia courts usually approve underage marriages if it is demonstrated that the child is capable of taking care of the household and family, understands Islamic teachings, and has the support of their family after marriage, according to a 2018 report from UNICEF Malaysia.

The same report found that out of 2,143 applications for child marriage from 2012 to 2016 in seven states in Malaysia, only 10 were rejected.

The state’s decentralized sharia law has made it difficult to raise the minimum age of marriage, said Majidah Hashim, a former communications manager for Sisters in Islam (SIS), a Selangor-based Muslim women’s rights group, who now works for another NGO. .

“The problem with Malaysia’s sharia system is that it requires each state, one by one, to change their laws,” he added.

Founded in 1988 by a group of Muslim women, SIS advocates for gender equality in Islam and has spoken about standardizing Islamic Family Law across Malaysian states.

“You have a federal law, and the deputy prime minister says the minimum age for marriage in Malaysia is 18. But there is also the administration of religion at the state level to consider,” he explained.

“Ultimately, it is up to the religious authorities and the respective heads of state ministers as these laws are under the discretion of the state. And I think maybe the states are hesitant to relinquish that power – it gives them some form of independence over the federal government.